There can be no plan for the economy without a vaccine distribution plan: O’Toole

Conservative Leader Erin O’Toole dismissed the federal government’s fall economic statement saying a three-year plan to provide stimulus to the economy is pointless without first revealing how Canadians will be vaccinated against COVID-19.

“The minister of finance has proven their government has no plan. Without a plan for vaccines, there can be no long-term plan for our economy,” O’Toole said in the House of Commons on Monday.

Deputy Prime Minister and Finance Minister Chrystia Freeland responded that enough vaccine has been prepurchased to ensure there are up to 10 doses for every Canadian, but she did not provide details on how vaccines will be rolled out in Canada.

“We don’t know the first date vaccines will be received. Almost, most of our allies do, in fact the U.K. and the U.S. will start receiving them in the next few days. Canadians are going to be asking questions and they deserve answers,” O’Toole later told CBC News Network’s Power & Politics.

“This is a debacle,” he told host Vassy Kapelos. “We’re pushing because there is a real problem here.”

O’Toole also said the government’s efforts to provide economic support to both companies and individuals could have been more effective if implemented sooner.

“The truth is the Liberals’ economic response has been erratic and confused. Millions more Canadians were put on the CERB than necessary when their jobs could have been maintained if the Liberals had implemented a wage subsidy earlier,” he said.

In Monday’s fiscal update Freeland projects that the deficit will reach $381.6 billion by the end of March 2021 and could climb higher, depending on the rate of COVID-19 infections.

The Liberal government said it is preparing to spend up to $100 billion to kick-start the post-pandemic economy over the next three years, promising it would provide details in the coming months.

Bloc Québécois Leader Yves-François Blanchet said there should be much more detail about the government’s plan to provide economic stimulus, especially when the government is so deeply in debt.

“They have renounced the very idea of controlling deficits,” Blanchet said. “They basically say there is no limit to what they will spend without saying, or without admitting, how badly sometimes they do spend it.” 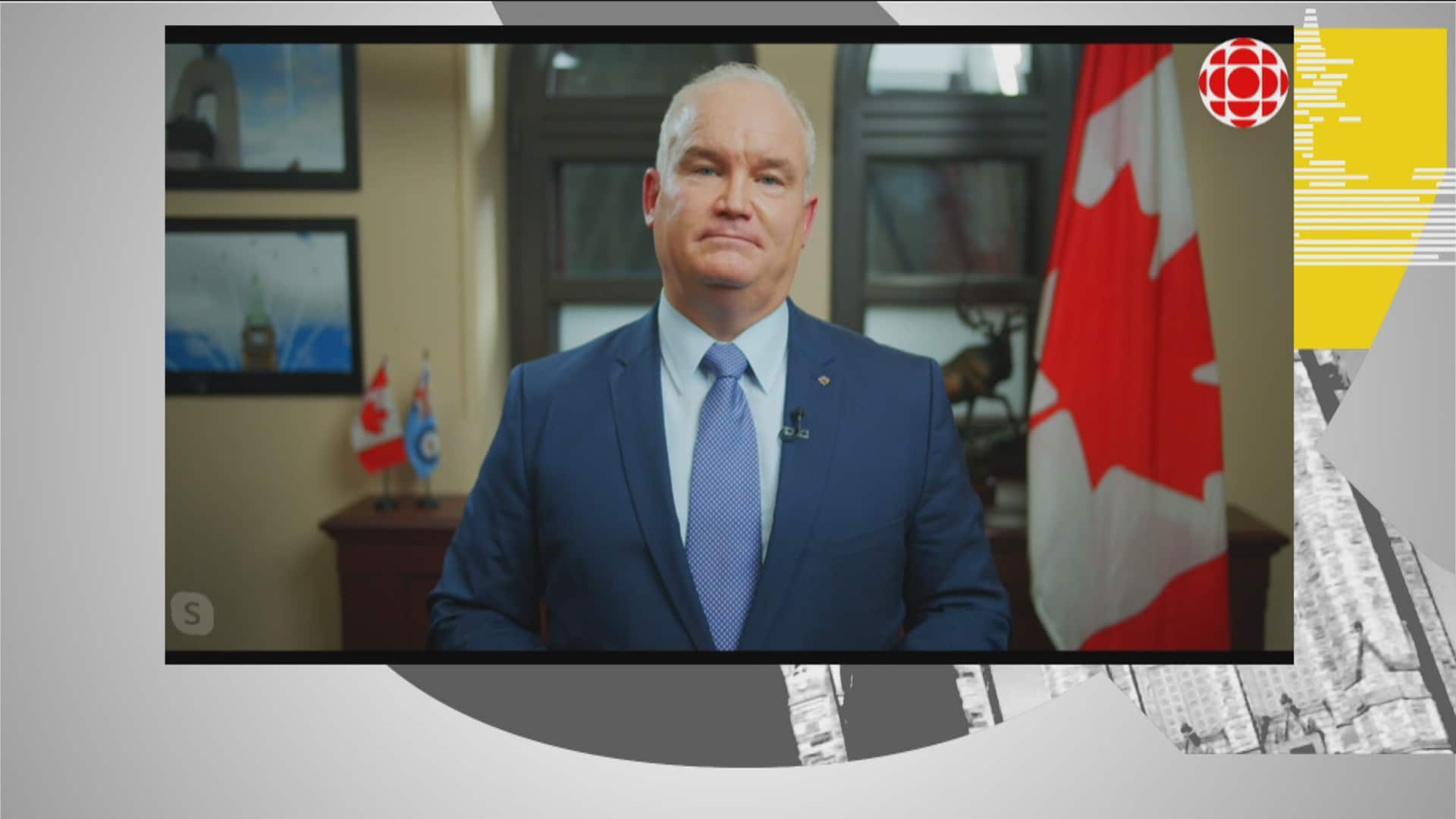 NDP finance critic Peter Julian told the House of Commons that the economic statement should be a signal to Canadians that “austerity is coming.”

Leader Jagmeet Singh was later asked by Kapelos to clarify that position. He said the government’s plan to reduce supports as the economy recovers is evidence Canadians should be concerned.

“If you look at their economic update in the next years, past Year Two and Three, we see clearly cuts to the help that people need,” Singh told Kapelos.

Singh was particularly critical of the Liberal government’s decision to put off directly taxing web giants such as Amazon and Google until 2022, while starting to collect GST/HST on goods and services provided by foreign-based digital companies. 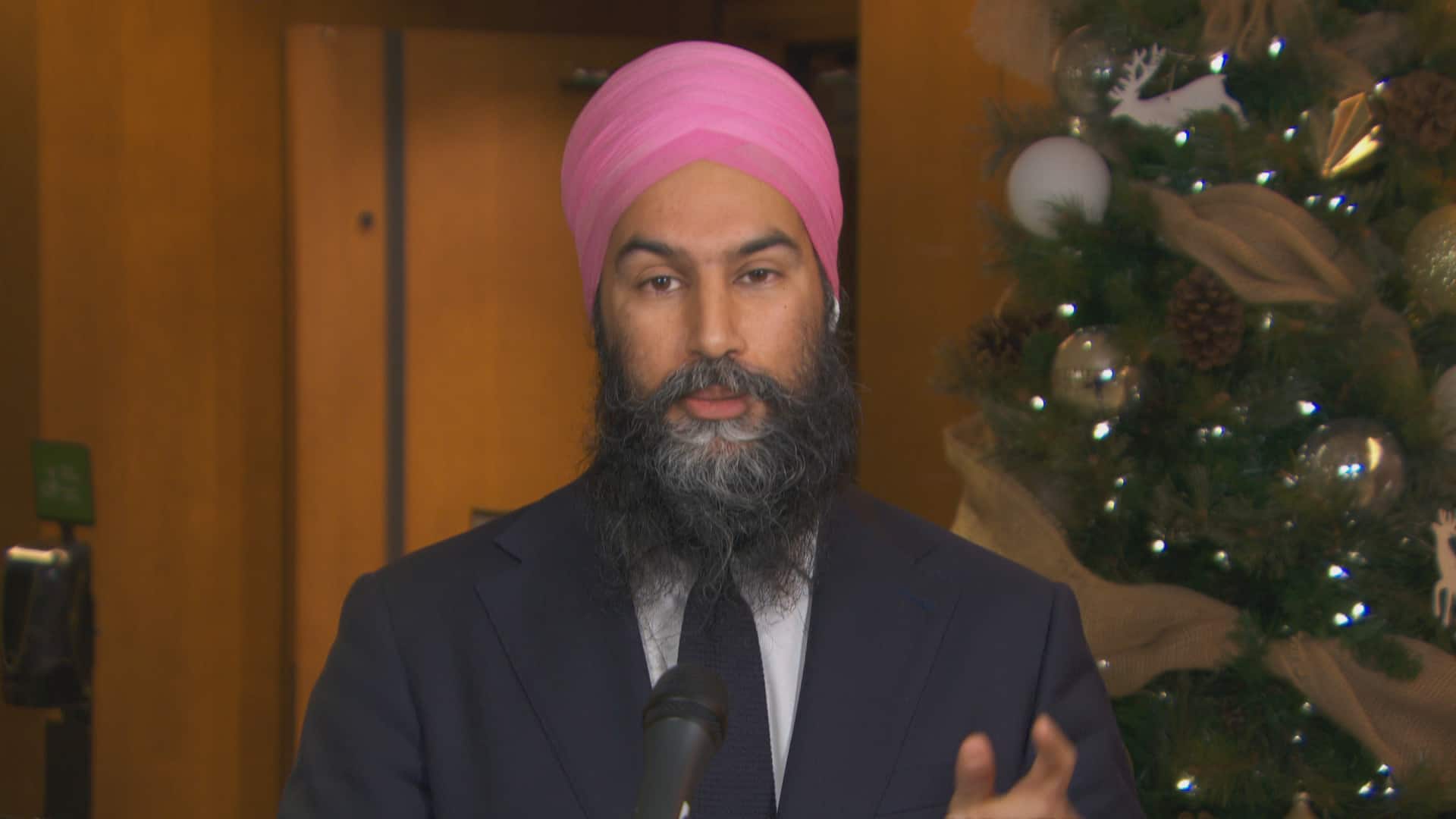 Reacting to the Fall Economic Statement, NDP Leader Jagmeet Singh says the government should be more focused on generating revenue from wealthy individuals and corporations so that it can continue to invest in helping people in a sustained way 4:18

Singh said the application of the GST was important because it put Canadian companies on an even footing with foreign companies, but was meaningless because it failed to directly tax those corporations.

“Why is it, six years into their government, they still have not actually made web giants pay a single, effectively a cent, of corporate tax? Actually revenue-based taxes that they make off of Canadians in Canada?” he asked Kapelos.

Singh said he wanted to see a wealth tax that targets people that have more than $20 million and also “pandemic profiteering taxes” levied on companies that have “made massive profits off the backs of Canadians,” during the pandemic.

Green Party Leader Annamie Paul welcomed some of the environmental initiatives in the economic statement, particularly issues that help the federal government achieve its net-zero objective.

“There are also enhanced investments in the infrastructure, projects and those sectors which will move us toward net-zero by helping to reduce Canada’s greenhouse gas emissions,” she said.

However she criticized the failure to deliver a plan that would see emissions cut by 60 per cent from 2005 levels or the implementation of a carbon budget setting out the maximum level of emissions Canada can emit and still keep global temperatures from rising.

Watch: Green Party leader says Liberal government is delaying many initiatives past the next election 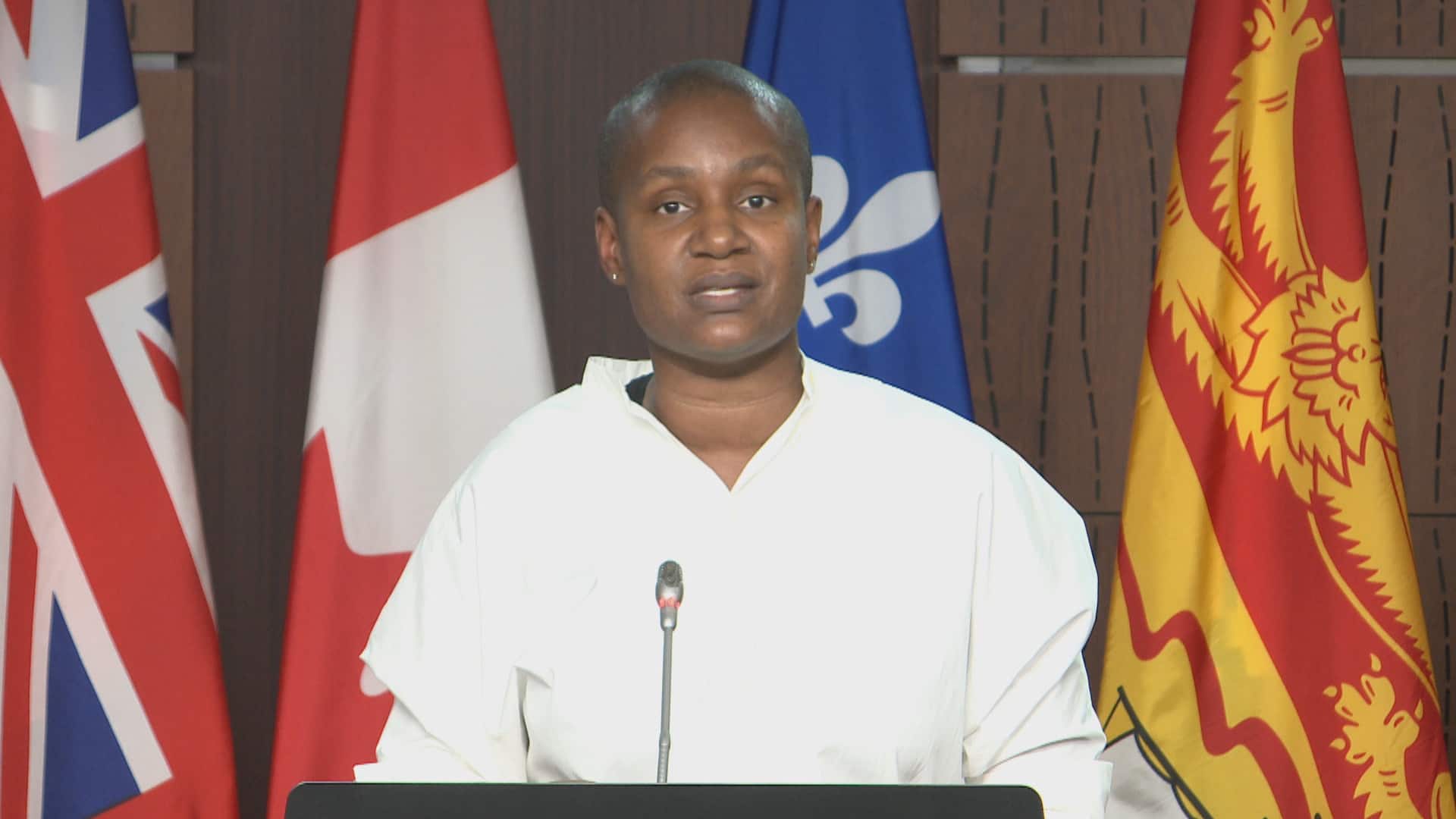