Alphonso Davies, who drew worldwide acclaim while helping Bayern Munich fill its trophy case in a remarkable 2020, has been named Canadian Men’s Player of the Year.

Canada Soccer, which will announce the women’s award winner on Friday, said Davies earned a record vote total from Canadian media and coaches, finishing just ahead of Christine Sinclair’s record set in 2012.

“I’m very grateful to win this award,” Davies said in a social media post. “Hard work always pays off. Thanks to everyone for supporting me.”

News of the men’s award comes the same day that Davies, now a fixture at left back for the German champions, returned to first-team training after tearing ankle ligaments in Bayern’s 5-0 win over Eintracht Frankfurt in late October.

2020 Canadian Men’s Player of the Year Alphonso Davies says he’s happy to see players from his country succeed at the international level. 1:26

“To see what Alphonso Davies has accomplished this year is awe-inspiring for the next generation of players,” Canada coach John Herdman said in a statement. “His achievements have raised the flag in our sport higher than anyone else in our lifetime on the men’s side of the game and he has helped put this country as a football country on the world map.

Converted to fullback by Bayern, Davies has turned heads with his speed and ability to create attacks. Bayern veteran Thomas Mueller dubbed him the Bayern Road Runner after the pacey cartoon character.

In June, Davies was named Bundesliga rookie of the year in voting by fans, clubs and the media. Kicker magazine, a German sports magazine that focuses mainly on football, included him in its Bundesliga team of the season.

This week ESPN ranked Davies as the second-best left fullback in the world, behind Liverpool’s Andy Robertson.

He was third in voting for the Golden Boy award won by Borussia Dortmund striker Erling Haaland. The annual award, run by Italian newspaper Tuttosport, honours the best young player in Europe.

And he was shortlisted as a nominee for UEFA’s Team of the Year and Defender of the Year,

Davies shone on the biggest stage.

In an 8-2 beatdown of Barcelona in Champions League quarterfinal play in August, he set up Bayern’s fifth goal in the 63rd minute with a sensational run down the left flank. Davies beat three Barca players, befuddling Portuguese international Nelson Semedo before racing past several more defenders into the penalty box and sending a perfect pass to Joshua Kimmich to slot in from close range.

“That was unbelievable,” Kimmich said later. “Even I was a bit ashamed when I celebrated. He gets 99 per cent of the credit for the goal. I only had to get the ball over the line.” 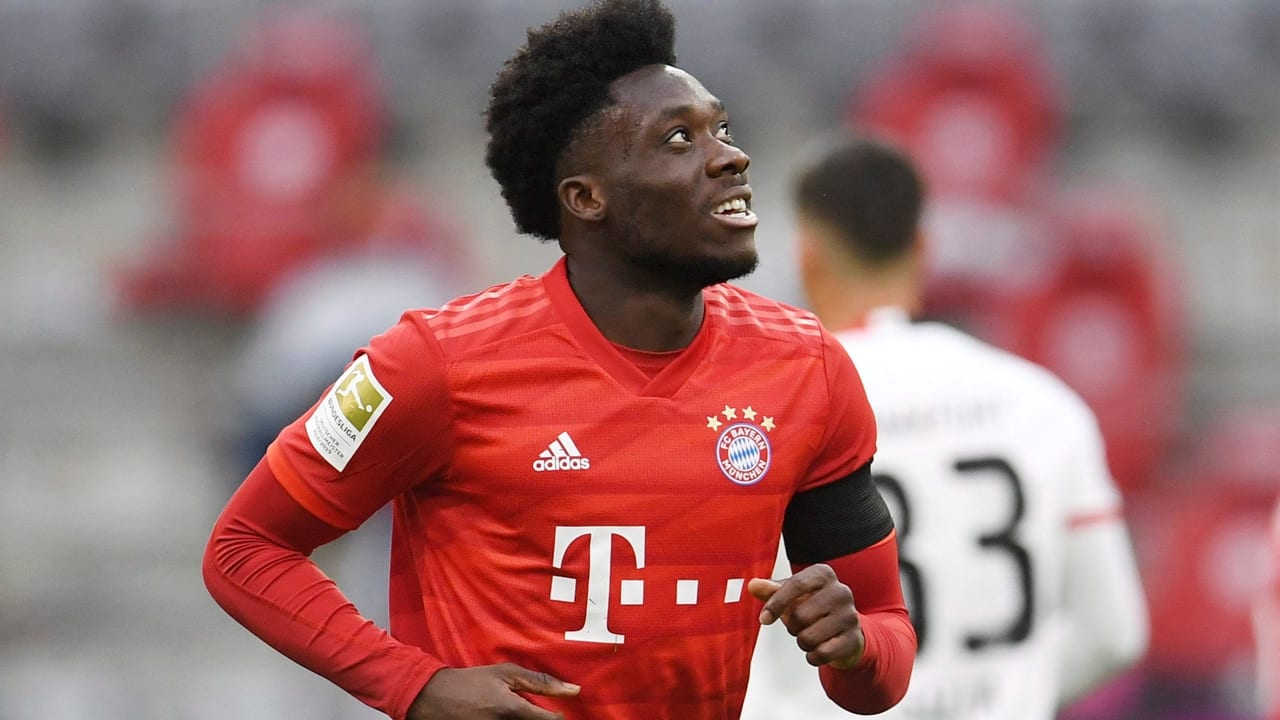 Davies, who turned 20 on Nov. 2, also excelled in Bayern’s 3-0 win at Chelsea in the first leg of their round-of-16 Champions League tie in late February. Davies made a lightning run down the left flank and crossed to Robert Lewandowski for a tap-in in the 76th minute.

The six-foot, 165-pound Davies set a Bundesliga speed record out in a 1-0 win at Werder Bremen that earned the Bavarian powerhouse an eighth straight league title. He was clocked at 36.51 km/h in the first half against Bremen, according to the Bundesliga. That erased the fastest recorded speed in league history (36.19 km/h by Dortmund’s Achraf Hakimi) since detailed data collection began in 2011.

The young Canadian international joined Bayern from the Vancouver Whitecaps in a then-MLS record $22-million US transfer. The deal was done in July 2018 but Davies finished out the MLS season before joining Bayern in January 2019.

In April, he signed a contract extension with Bayern that will keep him with the German champions through June 2025.

Joshua Kloke, writer at The Athletic, speaks to CBC Sports about the Canadian’s historic title and if it changes the national soccer landscape.  6:55