When Vernon Kejick got a first taste of Starlink satellite internet on the Pikangikum First Nation, his initial review was succinct.

“All I can say is it’s a lot faster than what I had before,” he said. Kejick’s response highlights a long-running disparity that may finally have met a resolution.

Starlink, the new high-speed internet service provided by Elon Musk’s U.S.-based SpaceX firm, and recently approved by the CRTC, does have drawbacks. It’s expensive. And stargazers fear it will ruin the night sky.

But for users in rural and remote areas who’ve long struggled to obtain internet access on equal footing with Canadians in urban areas, Starlink is offering hope. The service was recently made available to select users for “beta testing,” with the promise of wider availability in 2021.

In Pikangikum, a fly-in community of 2,800 residents in northwest Ontario, Kejick said he’d become accustomed to download speeds of only 2 megabits per second — a fraction of the 50 megabits per the second the federal government considers a standard minimum for broadband.

At the end of November, Pikangikum became the first Indigenous community to get connected to Starlink, with 60 dishes reserved for homes and businesses in the community in the initial phase of installation, and potentially another 40 by the end of December.

Now, Kejick said his devices have been reaching 144 megabits per second. Not only can he quickly download attachments, Kejick said his wife has finally been able to chat with relatives in the Philippines over FaceTime.

“It’s as if you’re sitting in the same room,” he said.

In Pikangikum, however, Starlink could offer more fundamental changes. Kejick, a victim services advocate with the Ontario Ministry of the Attorney General, said he hopes victims of crime will now be able to testify virtually, lessening the burden on them.

Members of the remote Ojibwe community hope the faster internet will remove barriers to access virtual healthcare services and education, too.

“It’s doing everything that people are asking it to do,” said David Brown, CEO of FSET Information Technology in Kenora, Ont. His firm had been working with Pikangikum for several years to try to improve their connectivity.

When he heard about Starlink, Brown jokingly promised his staff he would directly contact SpaceX’s Musk — who recently surpassed Microsoft founder Bill Gates as one of the world’s richest people, second only to Amazon CEO Jeff Bezos.

Brown didn’t reach Musk, but he did secure dozens of dishes for Pikangikum. FSET recently helped install the first batch. And the result, Brown said, was better than he expected.

Starlink is “a wonderful thing,” he said. “It’s going to change the world for people.”

Across Canada, only 40.8 per cent of rural communities have access to adequate broadband, according to federal data.

Greg Rekounas, a database administrator who has long worked from home, said he contacted various service providers and could never find suitable broadband for his house on New Brunswick’s Kingston Peninsula, near Saint John.

The quality of his home connection suffered under the strain of increased streaming and surfing during the pandemic. So when he heard about Starlink, he signed up in November to become one of the company’s Canadian beta testers. Rekounas received an email saying he’d been selected, and received the installation kit within days.

“I’ve been waiting for something like this for a long time,” he said. There have been some hiccups with certain streaming apps, but Rekounas said “in general, it’s been fantastic.”

SpaceX said there are bound to be interruptions while its service is in beta testing, which it describes as “Better Than Nothing Beta.”

Not everyone who registers to become a tester is selected to take part. SpaceX did not respond to emailed questions about the number of Canadians testing its service, or when exactly the firm expects to make Starlink available to the general public.

The cost alone is bound to turn off some consumers. Delores Waye of Taymouth, N.B., north of Fredericton, recently received an invitation from Starlink after her son had made the request. She was interested in signing up, until Waye saw the price at the bottom of the email. 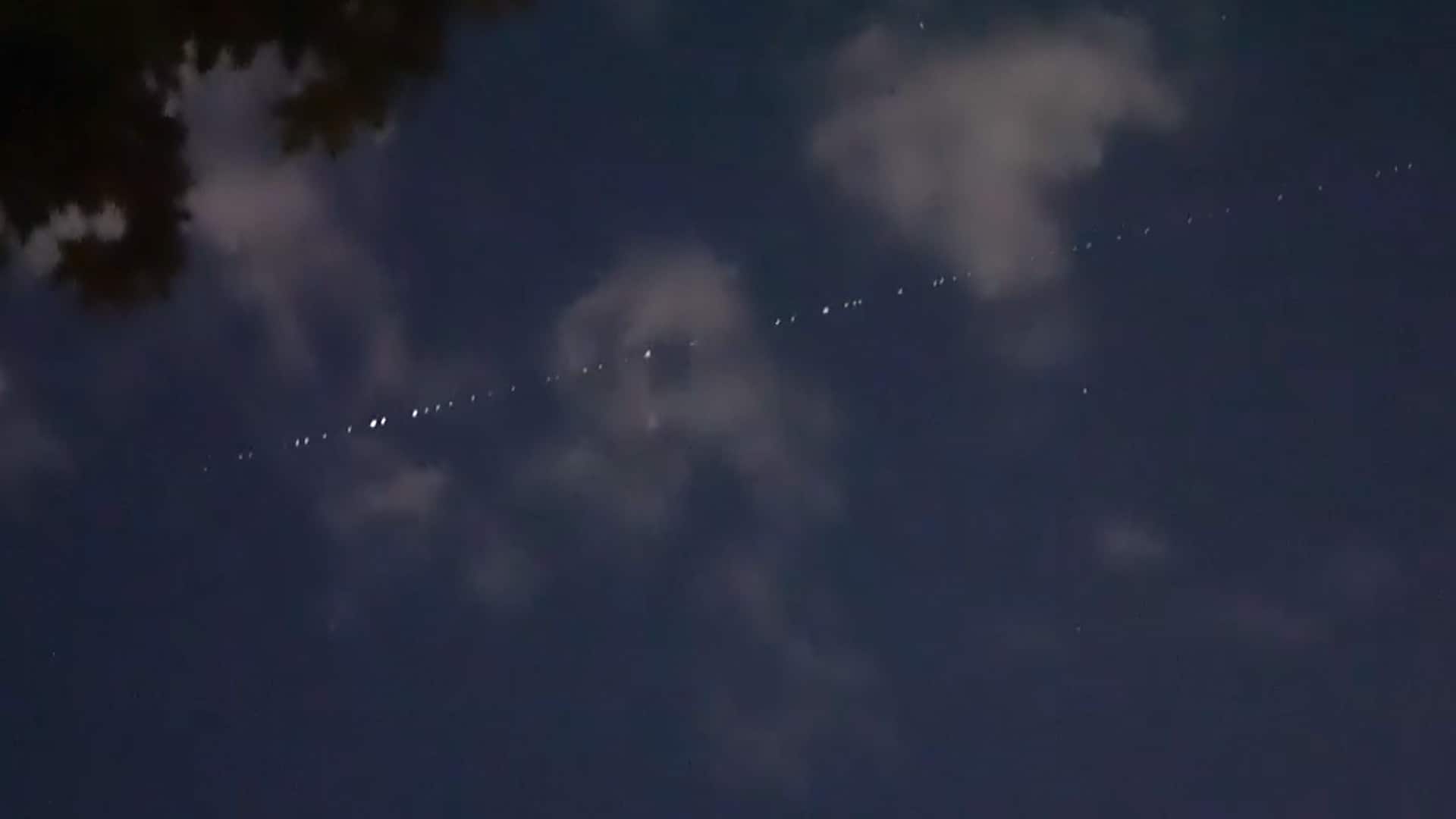 Buying the dish and other gear needed for the Starlink service costs $649, plus tax. Rekounas said he paid $820 in total. Users are expected to install the kit themselves. Then, it’s $129 per month for the service.

“I was floored,” Waye said. “When you’re doing beta testing, you would expect the company to at least provide you with the equipment. It just seems crazy.”

There’s also another kind of cost to consider: the lasting impact of thousands of low Earth orbit satellites sent into the sky. Starlink satellites orbit the Earth at an altitude of 550 kilometres. That’s thousands of kilometres lower than conventional satellites — reducing the distance the signal must travel.

SpaceX has been launching up to 60 satellites at a time, with hundreds already in orbit. The firm reportedly plans to launch as many as 42,000 in total.

Stargazers such as University of Regina astronomy professor Samantha Lawler anticipate a visible impact. “It’s going to dramatically change the way the night sky looks for everyone in the world,” she said in an interview.

Canadians have already been reporting sightings of the bright Starlink satellites at night, in a distinct train-like formation.

Earlier this year, SpaceX committed to making changes so their satellites wouldn’t be so visible. The company pledged to add a visor to each satellite as a way to prevent the sun’s reflection.

LISTEN | Why the race to deliver better internet service has many astronomers concerned:

Columnists from CBC Radio3:55Astronomers are worried about plans for thousands of new satellites

The space just beyond our planet is quickly becoming more crowded thanks to Elon Musk and his Starlink satellite project. CBC’s Blair Sanderson explores why the race to deliver better internet service has many astronomers concerned. 3:55

Amazon is planning its own low Earth orbit satellite constellation, too. And Canadian firm Telesat signed an agreement with the federal government to provide high-speed internet with a new low orbit fleet of its own.

Lawler said the satellites will be brightest in places such as Regina, Saskatoon, Calgary and Vancouver. “We’re at pretty much the worst latitude for it,” she warned.

Ottawa recently announced plans to ensure 98 per cent of Canadians are connected to high-speed internet by 2026. The announcement included $150 million in funding for quick-turnaround projects to connect more households by next fall.

A government spokesperson told CBC News that Starlink projects aren’t excluded from the plans and Canadians may apply for funding if certain criteria are met.

Rekounas in New Brunswick said he’s heard from about five other local residents who received a link to take part in the beta testing. He expects many more will follow once the service is more widely available.