And though his time as prime minister was brief, Clark remained active in Canada politics — serving as a senior cabinet minister in Brian Mulroney’s government in 1984 and becoming leader of the Progressive Conservatives again in 1998.

Clark, who was born in High River, Alta., remains the only prime minister born and raised in Alberta. He told Kathleen Petty on CBC’s West of Centre podcast that in many ways, Alberta is still the place he knew well growing up.

“But like everywhere, it’s changing quite, quite dramatically,” Clark said. “And it also suffers from caricature. I think a lot of places do, but Alberta certainly does.

“We’ve always been a more progressive place than the caricature attached to us.”

Being a ‘full partner in the Canadian family’

Growing up, Clark’s mother was a teacher and his father and grandfather ran weekly newspapers. He recalled people like George Guy Weadick, founder of the Calgary Stampede, would often stop by the family home.

“I had the opportunity to meet large parts of the country, through the connections and the weekly newspapers,” Clark said. “I was very lucky growing up.”

Clark became involved in politics while attending the University of Alberta, going on to serve as national president of the Progressive Conservative Student Federation.

Joe Clark battles with his wooden image, his comparative obscurity, and the doomsday scenario. 2:51

After an unsuccessful bid at provincial politics in 1967, Clark eventually went on to win the leadership of the Progressive Conservative party in 1976 before becoming prime minister in 1979.

“I don’t want to dwell on the fact as to where former prime ministers were born, but it is kind of a reflection on the weight of a region in the country,” Clark said.

“If in a country as old as ours, only two of us [including British Columbia-born Kim Campbell] were really born and raised in the specific environments of Western Canada, I think [that’s] a reality that we understand.”

Clark said he thinks Alberta has been unfairly stereotyped, which contributes to a sense among those from the province that they are not a “full partner in the Canadian family.”

In Clark’s view, the current Liberal government has not taken Alberta’s distinctive interests as seriously as they should.

“I think earlier parties were more inclined to be able to speak to and engage with people who disagreed with them than is the case now,” he said. “The Liberal Party is naturally looking to where it can win seats. And it thinks that there are some sort of atypical Alberta ridings where it might have a chance.

“But I haven’t seen much effort to engage the whole range of legitimate Alberta interests as seriously as they have in some other provinces.”

In 2003, Clark said he would not join the new Conservative Party of Canada after the Progressive Conservatives and the Canadian Alliance merged.

As the 2004 election approached, he said he would rather see Prime Minister Paul Martin lead the country than Conservative Leader Stephen Harper.

“In those choices, I would be extremely worried about Mr. Harper. I personally would prefer to go with the devil we know,” he said at the time. 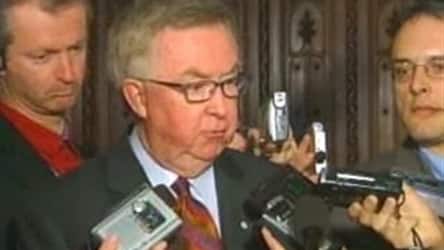 In the 2004 election, Joe Clark says Conservative Leader Stephen Harper is a dangerous choice for voters. 2:45

Speaking to West of Centre, Clark said he hoped that Conservative Leader Erin O’Toole could make his party a national party again, and criticized the current federal government.

“I think that the present Liberal government is very shallow. It does have some strong individuals, but it is not as thoughtful or as conscientious, or as serious, in my view, as some of its predecessors were,” he said.

In Clark’s view, the current Liberal Party may claim to be progressive and internationalist, but tends to be more inclined to “statements than to action.”

“But the Liberal Party in the past, like the Progressive Conservative party in the past, used to be much broader — it used to reflect the whole of the country,” he said. “So it was a reconciling instrument in a country that always needs reconciliation.

“And I’m quite disappointed about all the parties in that sense. In fact, I think our system requires some fairly significant changes, because the world is changing faster than we are.” 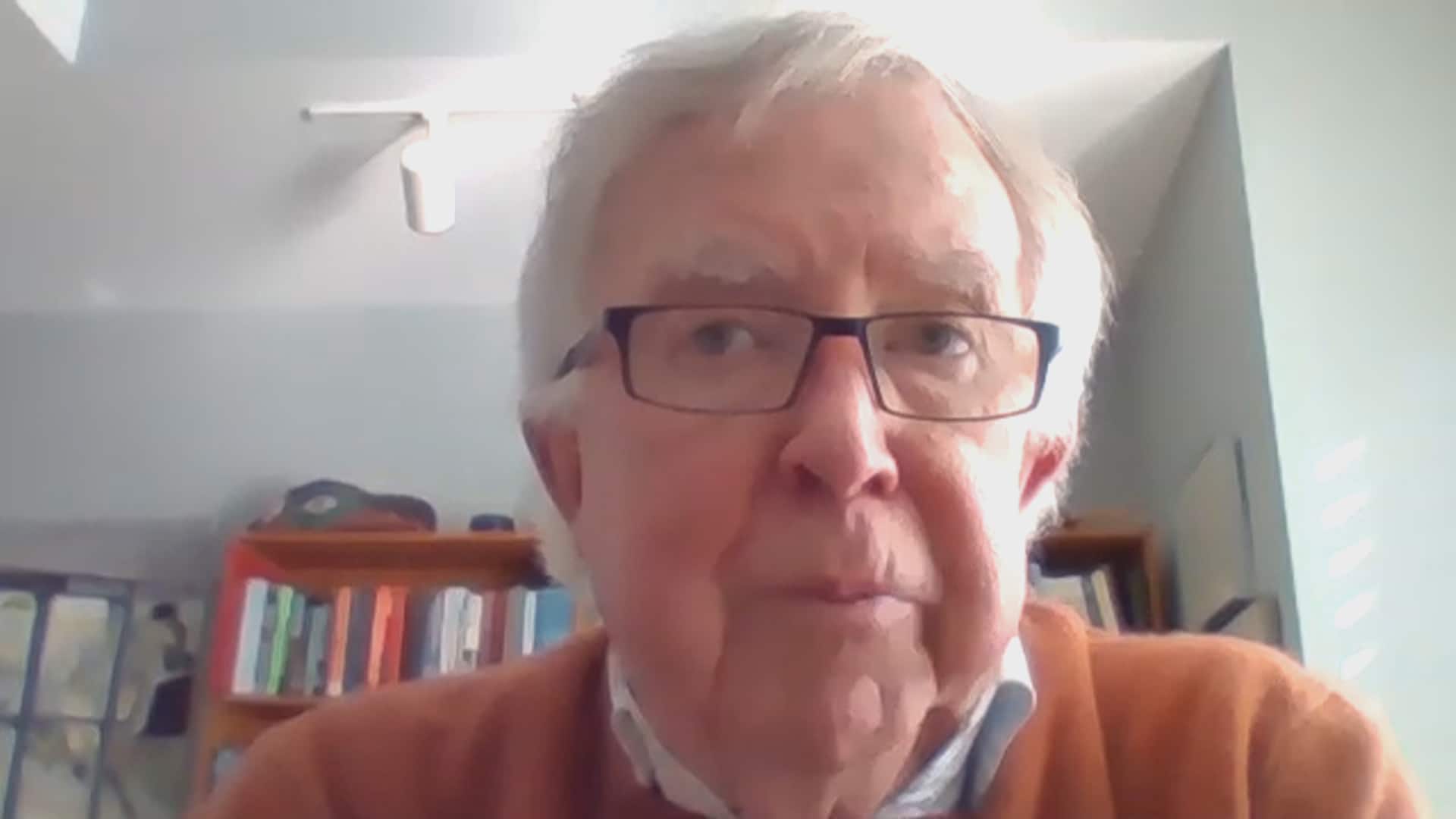 Former prime minister Joe Clark describes what he sees as a “shallow” Liberal government and his hopes for a more national Conservative Party. 2:06

A politics of ‘us and them’

Clark told West of Centre that he’s noticed a significant change in the nature of the national political parties as of late — one that he said has an impact on the participation and contentment of the populous.

“It’s partly ideological, but there’s a real sense of ‘us and them,'” Clark said. “And there used to be a much stronger sense of ‘us.'”

When taking the view of Alberta specifically, Clark cited the opinion held in the energy industry that its interests were not being taken seriously in Ottawa.

“I had hoped that it might be possible for a range of private meetings to be held by the prime minister or others with a variety of Albertans who disagreed with them, but were not unreasonable — just to find some common ground,” Clark said.

“That may be less possible in a modern media age. Sometimes that requires a profile lower than is possible now, but I don’t have the sense that that was broadly or seriously undertaken.” 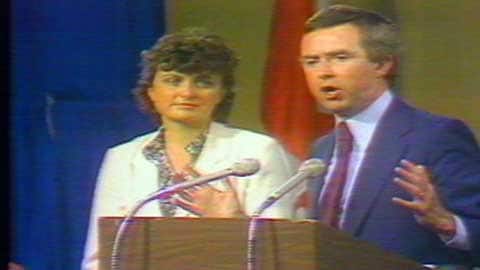 The Tories under Joe Clark win a minority, giving Canada its youngest prime minister in history. 7:08

Clark said he hoped the federal government would begin reaching out on a more regular basis, adding that Alberta had more to offer beyond the caricature it frequently inhabits.

“And if we’re going to get to any kind of reconciliation, one has to talk to people with whom you disagree.”